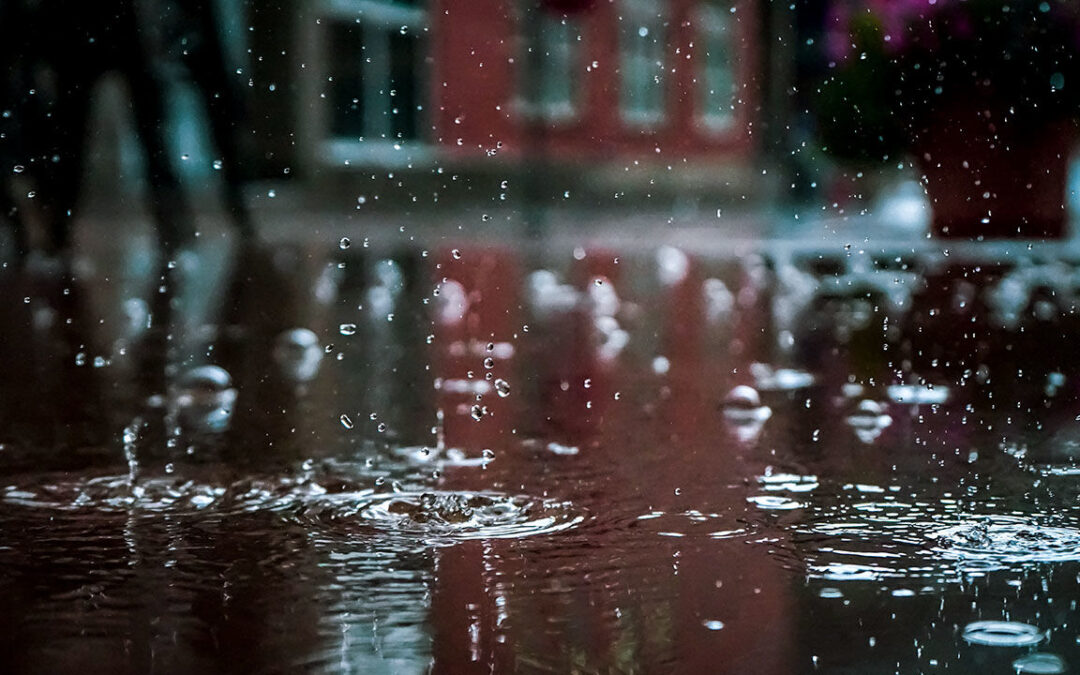 Sensors can play a very important role in helping to reduce water consumption, and overwatering in the landscape. The two most common sensors used in Florida are rain sensors and soil moisture probes. As a whole, both of these suspend watering during periods of rainy weather, but they operate very differently from each other. By law, every irrigation system in the state of Florida is required to have some form of rain shut-off device.

Rain sensors are basically a switch that turns the irrigation system off when the sensor accumulates enough water to activate the switch. The cutoff point can be set by the system operator and is usually expressed in inches or millimeters of rainfall. These sensors are not very accurate and do not take into account how fast the rain came down and how much was actually absorbed by the soil. If it rains hard for a few minutes the sensor may accumulate enough water to shut the system off even though most of the water ran off without soaking into the ground.

One of the most common calls we get during the rainy season is from someone wondering why their irrigation system, or a neighbor’s, is running when it is pouring down rain. The answer to this is quite simple. If the sensor has not accumulated enough water to reach the set point the system will continue to run. In this example, if the sensor is set for ¾ of an inch and it has only received ½ of an inch the system will continue to run until it receives the additional ¼”.

Some newer rain sensors have the ability to stop irrigating within a few minutes of receiving the first rainfall to allow the sensor time to accumulate more rainwater before possibly suspending the full irrigation cycle.

The biggest problem we see with rain sensors is poor placement and installation. In order for a sensor to be effective, it needs to be in a location where it is fully exposed to rainfall. When a rain sensor is mounted under an eve, under a tree, or close to a building that blocks rainfall the effectiveness of the sensor will be greatly compromised. In recent years manufacturers have developed wireless rain sensors which now give the installer much more freedom in choosing an open location for the sensor because they are not limited by the short wire supplied with the common wired rain sensor.

Soil moisture probes do exactly what their name suggests, they measure the soil moisture level of the surrounding soil. These sensors will only allow a watering cycle when the root zone moisture drops below the threshold set by the operator. This eliminates all of the problems associated with a rain sensor’s inability to accurately measure effective rainfall. If it rains hard for a short period of time and very little of the rainfall is absorbed into the soil then the moisture level in the soil around the probe will remain low and the watering cycle will be allowed to happen.

Freeze sensors and wind speed sensors are also available that will suspend watering at points below a set temperature or during periods of high winds. Both of these sensors are effective and can help to reduce wasted water. For obvious reasons, the freeze sensor is not in common use in Florida. Wind speed equipment is expensive to install and maintain so it is not in wide spread use like rain sensors and soil moisture probes.

Check to make sure you have a properly functioning rain sensor that is mounted in an exposed location and consider adding a highly effective soil moisture probe to your irrigation system.