What is Distribution Uniformity? 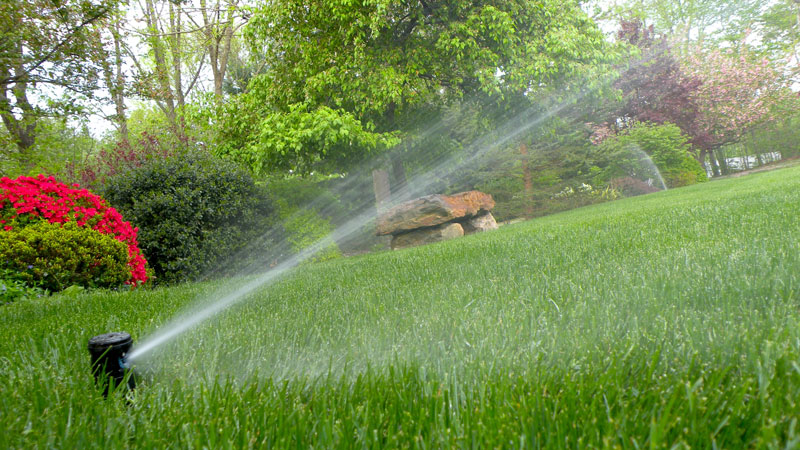 One of the keys to using water efficiently in the landscape is to apply water evenly over each zone in an irrigation system. Distribution uniformity (DU) is a measurement of how evenly water is applied to the area being irrigated and is expressed as a percentage. DU can be measured by placing catch cans evenly throughout an irrigation zone then running that zone until all of the catch cans have a measurable amount of water in them. If all of the catch cans in a test had exactly the same amount of water then the DU would be 100%.. There is no universal value of DU for satisfactory system performance but generally, a value greater than 80% is considered acceptable.

To better illustrate how DU affects watering let’s say that 95% of the grass in an irrigation zone looks good all of the time, but there is always a small brown patch in the middle of the lawn that looks bad. The normal tendency would be to increase the zone run time until the brown patch turns green, but in doing so now the original 95% of the good-looking grass in that zone is being overwatered. In this example, if the run time was increased from 15 minutes to 30 minutes to get the small brown patch to turn green now 95% of that zone is getting twice as much water as it needs. If the original 15 minute run time used 375 gallons of water the new run time is using an additional 375 gallons of water. Multiply that times the average system of 6-7 zones and we are now wasting almost 2,500 gallons of water per watering cycle. At two cycles per week times 52 weeks you can see how we can easily waste over a quarter of a million gallons of water on one landscape in a year.

There are a number of things that can contribute to poor DU such as improper head selection, poor head placement and mixing different head types with dissimilar precipitation rates on the same zone. One other huge factor that contributes to poor DU is plant growth and changes that have occurred in the landscape since the irrigation system was originally designed and installed. In many cases irrigation systems are poorly designed and installed in the first place due to pressure from builders to install an inexpensive system. Couple poor system design with changes that occur to the system and in the landscape over time and it is no wonder that most of today’s irrigation systems are not very efficient.

SprinklerWorks recently completed a month-long evaluation of the entire irrigation system at Sarasota National Cemetery for The National Cemetery Administration (NCA). During this evaluation, we were asked to identify any system problems and to make recommendations to improve upon the current system. The mission of the NCA is to honor our veterans with a final resting place and lasting memorials that commemorate their service to our nation. At SprinklerWorks we are very proud of the fact that we were chosen based upon merit, not low bid, to help the NCA achieve this goal.